Sociologie Românească (Romanian Sociology Review) is an open-access, double blind peer-reviewed scientific journal, edited by Romanian Sociological Association. SR welcomes original research papers with innovative methods, theoretical and conceptual research papers, case studies, book reviews and conference reviews. We encourage studies with different methodologies and theoretical approaches that could add value to already established normative ways of doing research, but also approaches that give space to alternative methodologies and critical theories including social change, social development, social history, social policy, demography, gender studies, political issues, social inequalities, education, organization & labour studies, criminology and migration studies. We are particularly interested in contributions focused on Eastern and Central Europe or that could sustain collaborations between scholars across borders and disciplines. Articles that include Romania in their analyses are particularly welcomed, however we are committed to expand this focus. 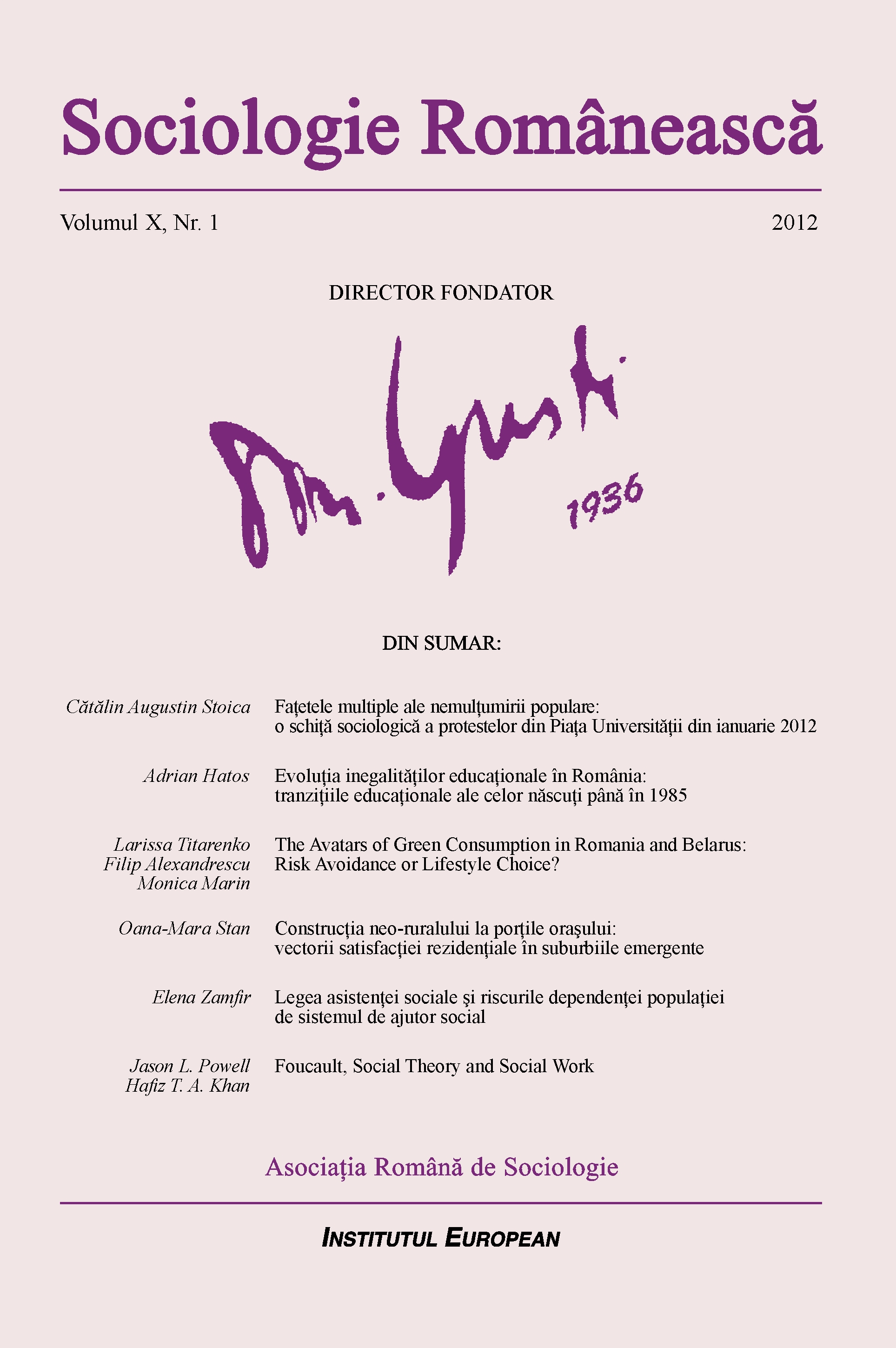 The study presents aspects of the social work policies from the perspective of the new Law of Social Work. From the very beginning, the new law started many controversies, being criticised by many social actors for its claims of reform. Actually, it could not be submitted to a normal public debate, being adopted by an emergency procedure. The basic objection, which encompassed the major dissatisfactions regarding the finality of the new law, refers to the attempt to privatize the public services of social work through their externalization, and to the withdrawal of the state from its social responsibilities. European practices insist increasingly on the introduction of efficient measures of activation on the labour market of the population running the risk of marginalization, as actual support in social service. Active employment policies are those which can ensure in the long run the economic autonomy of the persons depending on social services. In order to notice the progress in this field, social services are the only one which are able to evaluate and monitor this process in time. The measures proposed by the Government through the new law are not at all clear and promising in terms of taking out of dependency the people who are excluded economically from the system of social service. Resources should be shifted massively towards actual job creation, which currently is increasingly doubtful for the vulnerable people. We notice that the results of the governmental programs for job creation are not at all convincing at the level of employment policies through the implementation of a strategy to recover marginalised people. The current program of social support proposed by the Government for this period of austerity is under massive and extremely though political and public attacks, which narrow its chances for sustainability and credibility. Specialists consider, almost unanimously, that the current program of social assistance has no clear direction and strategy of reform, that it has an excessive ambition for continuous change, irrespective of its finality.

This work is licensed under a Creative Commons Attribution 4.0 International License.

Most read articles by the same author(s)